As well known in this field not only the classic natural gems covered in precious mother-of-pearl fall under the description of “pearl“, but also all the other gems with chalky origin produced by other mussels like the Cassis pearls. 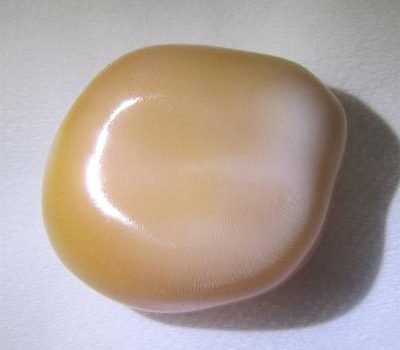 Cassis pearls, like many others with non nacreic nature, have that typical prismatic structure right under the clear surface which almost gives the impression to irradiate true flames directly from its nucleus to the person who watches the pearl, making it a very particular and fine pearl of its kind.

Generally with a yellow-orange bronzed color, this pearl can have various combinations of colors like beige, white and brown in a spotted pattern. Cassis pearl is produced by the Cassis Cornuta, which gives the name to the pearl, a particular gasteropode of the Cassidae family hailing from the Red Sea, Indian Ocean up to the nord of KwaZulu-Natal, Mozambique and Pacific Ocean.

The same seashell of the Cassis is a primary item of collection, while its mussel is hunted and roasted directly in its shell on the fire: because of these two factors man has become the main enemy of this living being, putting it at risk of extintion in some areas even if the rest of the world hasn’t put it in the red list yet.

In Queensland is, on the contrary, under strict observation since this mussel feeds itself mainly of the Crown-of-thorns sea star, well-known coral eater.